AUSTIN, TEXAS – Oct. 1, 2018 – James P. Allison, a native of Alice, Texas, son of a country doctor, eminent scholar of the Cancer Prevention & Research Institute of Texas (CPRIT) and pioneer of cancer immunotherapy, has been awarded the 2018 Nobel Prize in physiology or medicine jointly with Tasuku Honjo. For Dr. Allison, the Nobel Prize recognizes his breakthrough work in studying a protein known as CTLA-4, proving that it behaves like a brake on immune responses. In November 2011, Dr. Allison was recruited back to The University of Texas MD Anderson Cancer Center to study CTLA-4 with the help of a $10 million CPRIT grant.

“Dr. Allison not only had the insight to invert the assumptions on CLTA-4, but he had the persistence to push it into drug development despite widespread skepticism at the time,” said Dr. James Willson, oncologist and CPRIT Chief Scientific Officer. “He literally proved that the immune system could indeed be harnessed to fight cancer and now many other scientists are joining him on this frontier. It’s tremendously exciting.” 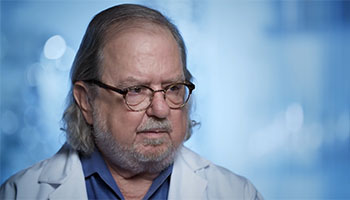 Dr. Allison was elected to the National Academy of Sciences in 1997. In 2015, he won the Lasker-DeBakey Clinical Medical Research Award, one of the world’s most prestigious scientific awards. He was also honored with the Albany Prize from the Albany Medical College in 2018, was the first recipient of the Lloyd J. Old Award in Cancer Immunology, was the 2013 Breakthrough Prize for Biosciences award winner and the 2014 Tang Prize for Biopharmaceutical Science. Other major honors include the Dana Foundation Award in Human Immunology Research, the Richard V. Smalley, M.D. Memorial Lectureship Award, a Lifetime Achievement Award from the American Association of lmmunologists, and a Roche Award for Cancer Immunology and Immunotherapy.

About the Cancer Prevention and Research Institute of Texas

To date, CPRIT has awarded $2.15 billion in grants to Texas researchers, institutions and organizations. CPRIT provides funding through its academic research, prevention, and product development research programs. Programs made possible with CPRIT funding have reached Texans from all 254 counties of the state, brought 159 distinguished researchers to Texas, advanced scientific and clinical knowledge, and provided more than 4.7 million life-saving education, training, prevention and early detection services to Texans. Learn more at cprit.texas.gov. Follow CPRIT at twitter.com/CPRITTexas and facebook.com/CPRITTexas.